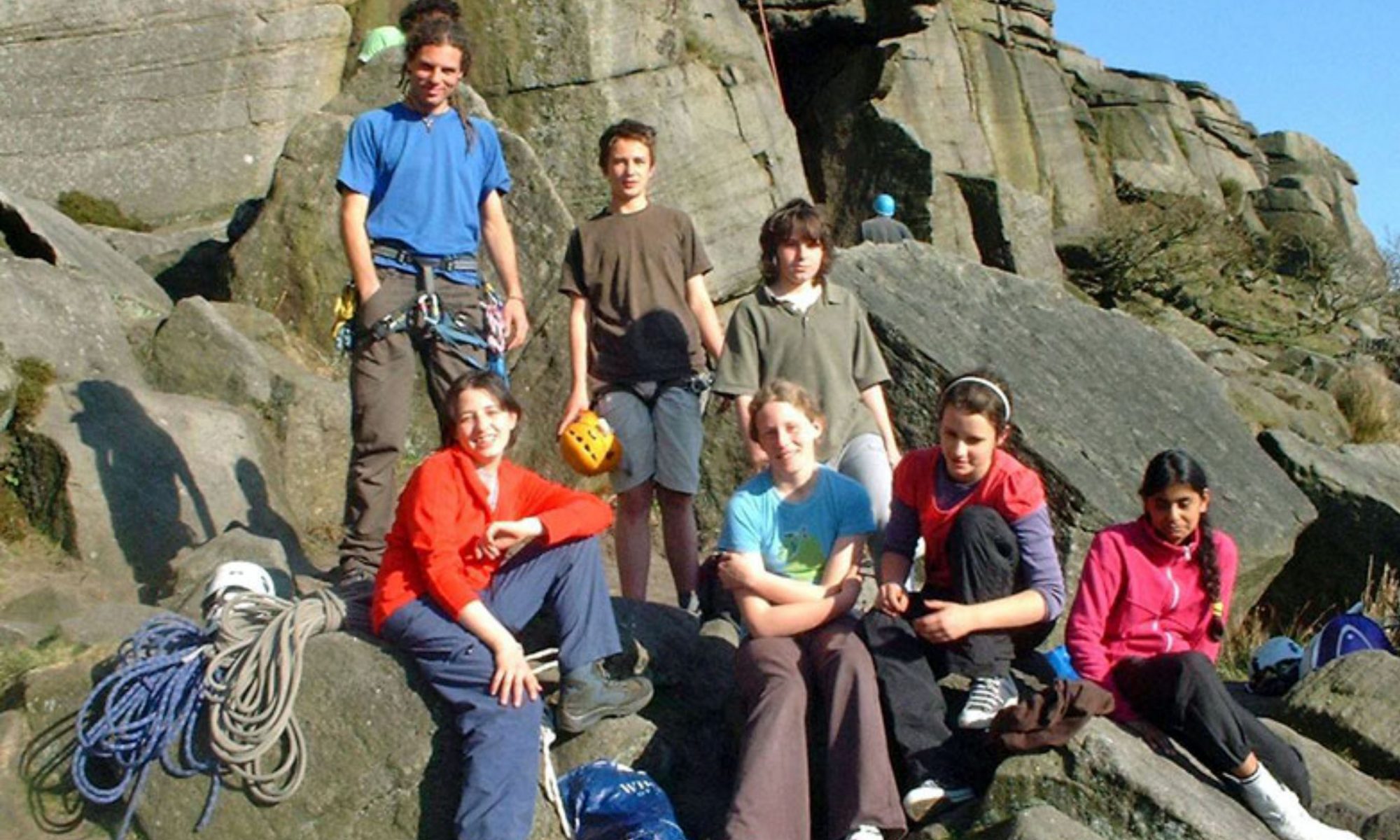 Rachel climbed with Geckos for two intervals: the first as a 9 year old, the second as a teenager. She now works as the Comment and Features Editor of a London newspaper and appears regularly on television discussing the media (and cats). Here is her beautifully written and inspirational account of climbing with us and what she got out of it.

I started rock climbing age six. It was inevitable really – I’d been attempting to climb things (boulders, trees, walls) since I could stand, and as my parents hadn’t been able to stop me, they figured I should probably be taught to do it properly. I never stopped. From the week Geckos was founded (I was one of the original class) until today, rock climbing has been a constant in my life. It has taken me all over from the world – from the slabs of Burbage North in the Peak District, to the sheer faces of the Swiss Alps, to the cliffs of Cat Ba Island in Vietnam.

It’s been over a decade since I was officially a Gecko, but the years I spent training with Richard Baxell and his group of instructors instilled in me the skills and confidence that have enabled me to sling on a belay harness and start scrambling wherever I am in the world. No tree or boulder is safe. People think of rock climbing as a solitary sport, exercise for people who don’t like teams. The opposite is true. In what other sport are you trusting your teammates not just with winning, but with your life? From day one I was taught that belaying was far more important than climbing, and that safety was paramount. From before I could read or write, I was learning about trust, responsibility, and discipline. Those are lessons any parent should want to instil in their child from an early age.

As an adult, rock climbing has never been just about fitness – it’s an exercise in problem solving, in confidence, and in resilience. There is no opponent, just you and the rock and your own assessment of what you can do. Of all the sports I’ve ever tried, it’s the only one which engages my brain as much as my body, and the exhilaration at reaching the top of a rock face that looked utterly insurmountable is an adrenaline rush like no other. There is no feeling like gazing down at the ground from 1,000 feet and knowing that you got up there with just your own two feet and ten fingers. What other workout enables you to see the world from an entirely new perspective?

We use cookies on our website to give you the most relevant experience by remembering your preferences and repeat visits. By clicking “Accept”, you consent to the use of ALL the cookies.
Cookie settingsACCEPT
Manage consent