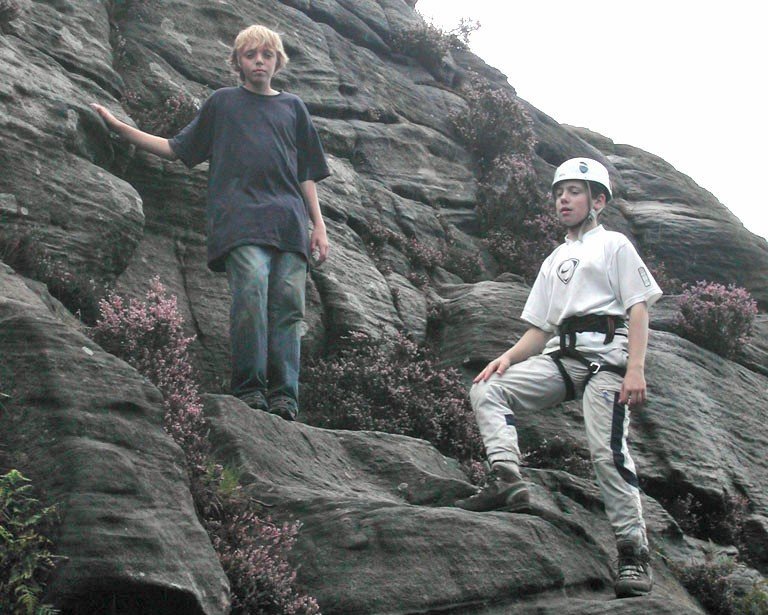 Louis Parkinson climbed with Geckos as a teenage during the 2000s. Having been a member of the GB climbing team, he regularly competes in competitions and coaches at a number of different centre. I bumped into him in early 2020 in Walthamstow’s new climbing gym, Yonder.

Hello Louis, nice to see you again. What are you up to at the moment?

I’m currently working as a professional coach, though I still train hard to enter competitions and attempt my projects outdoors.

When and why did you first take up climbing?

I first tried climbing when I was 13 years old. My younger sister was turning 11 and my parents (correctly) thought that a rock-climbing birthday party at the local climbing centre would be an exciting option. I was TERRIBLE at it … in fact, I got stuck at the top of the wall on my first attempt, and cried in front of all my little sister’s friends! Despite the less-than-ideal beginning, I was hooked immediately, and rapidly became obsessed with climbing.

Climbing with Geckos was critical to my development as a climber. Over the years I climbed with Geckos, I learned ALL the necessary skills to keep myself safe while at the climbing centre and rapidly developed my technical skills for movement and problem solving while on the wall. Richard Baxell was one of the kindest and most patient teachers I have had in any discipline or subject, and I feel truly lucky to have had him as a guide in my early years of climbing.

Does learning to climb (or climbing itself) have any transferable skills?

Absolutely! Climbing fosters a growth-mindset, and through it I have learned to be persistent, to have confidence, to solve problems by working with others, and to be patient in my hard work. I have slowly grown in to a well adjusted, self-confident and happy adult, and I would credit my experiences within climbing and the friends I made within the community with the majority of this development.

What advice would you give to children who are thinking of getting into climbing, or have just started?

Get started!! You’ll do things you never thought yourself capable of, you’ll become physically and mentally stronger than you thought possible, and none of it ever will feel like hard work because you’ll be having SO MUCH FUN doing it! Plus, you’ll make loads of great friends and have a reason to travel to some beautiful places around the world.

What do you enjoy about climbing?

This is a difficult question to answer as I have so much to say here! For me, climbing is so many things; it’s my community, it’s now provided me with a job I love, it keeps me in fantastic shape and is my constant source of fun and excitement. I think one of the most useful things I get from climbing is that I have a hobby which continually forces me to be incredibly mindful in my practice – almost like a form a moving meditation.

What’s next for Louis Parkinson?

I’m really excited about the years to come! To be honest though, I’ll just be doing more of the same: training, competing, coaching and travelling, but constantly aiming for bigger and better than I have in the past!